Art of all eras that retains its relevance

During the almost 700-year history of this building, the people who were in charge of the Church of Our Lady have always turned to contemporary art to express their faith.

The visual language of Massys in the 16th century and Rubens’s baroque in the 17th century were just as current as the neogothic style in the 19th century.

In the 20th century, a schism occurred between the world of art and the world of the Church. For a moment, it seemed as if Antwerp’s cathedral would be relegated to the position of a treasury of ancient art without contemporary additions. The installation of Jan Fabre’s The Man who Bears the Cross in 2015 marks the start of a new chapter in the fruitful relationship between the Gospel and art. Javier Perez’s Corona Javier Pérez enhances the Chapel of the Pieta in a rather interesting manner.

Javier Pérez’s Corona consists of a glass crown of thorns on an opulent cushion, that is borne by a fragile metal structure. This work refers to Jesus’ suffering and to the renewed creation of light with his resurrection. They are both central elements of the Christian proclamation. The work’s fragility shows how this joyful message is far from evident today. In a sense, this work surrenders to the individual response of the person who is confronted with it. Either you topple it, or you cherish it. There seems to be no middle ground. Corona has been installed in the Chapel of the Pieta because Christ’s suffering and death, as well as his resurrection, are so palpably present here. The link with his suffering is apparent in the crown of thorns on the central stained-glass window. When light falls on the artwork, the link with the right wing of the stained-glass windows, that depict Christ’s resurrection, becomes apparent. 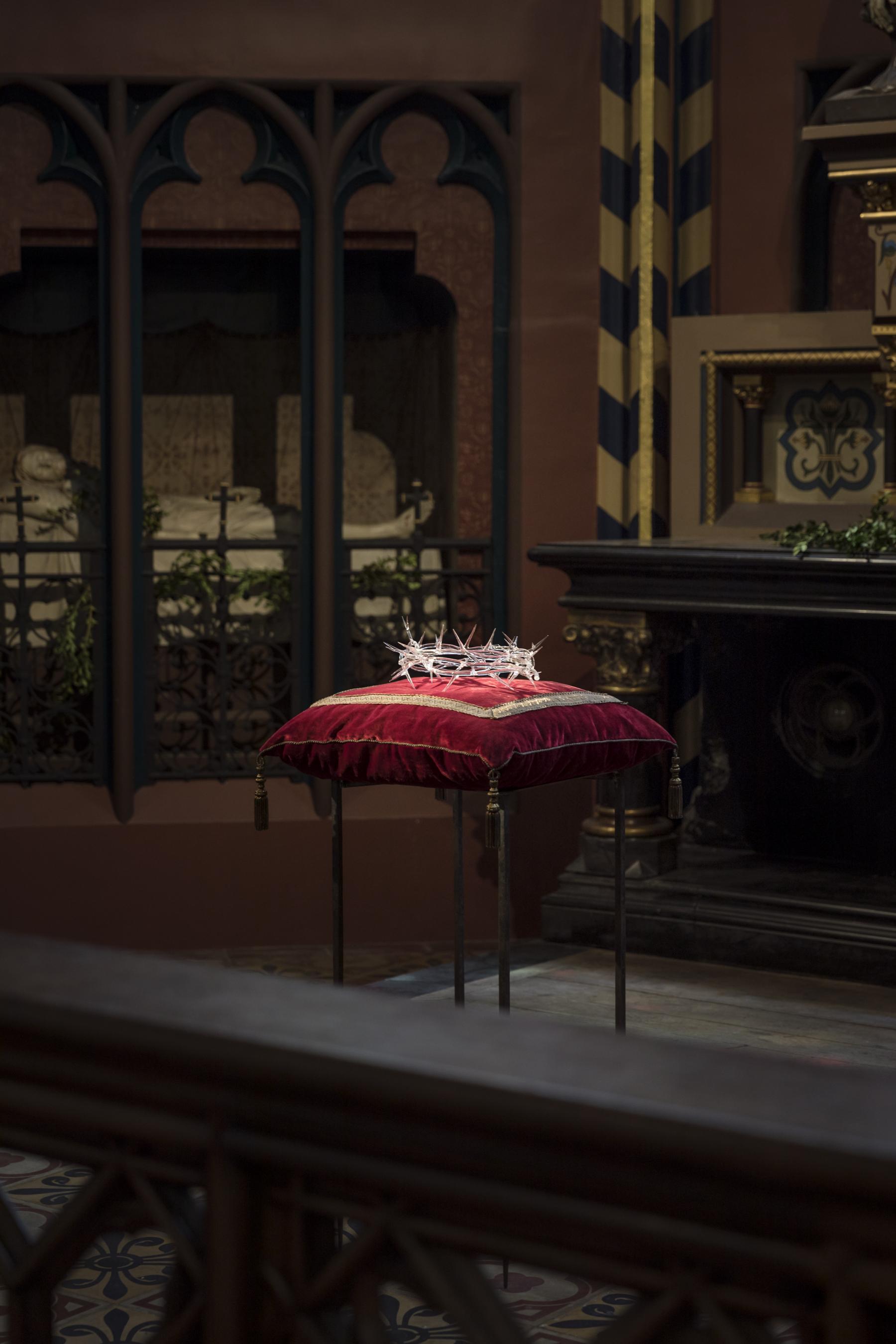